It came, it saw, and it has conquered its category. The whole western world just stood there amazed, that a small and shy ride just emerged from behind the Iron Curtain and had the audacity to challenge the Italian mid-engined monsters, the German rear-engined legends and the nimble French. And how it did all that! The factory team grabbed the two first places in their category, and in the overall ranking they finished the rally in 12th and 15th place. Naturally, January and the mountains of Monaco were not the first time and place the guys from Czechoslovakia started sliding around: while preparing for their big outing, each car had to do 500 kilometres at race pace every day!
Reduced-price product: It was used for a phothoshoot, washed once. The graphic shows slight wear due to the aggressive washing test.
Sports gray, in Women’s size S: One specific T-shirt, one copy, one size, first come, first served. The price shown already contains the discount.

T-shirts can shrink by about 10 percent as a result of washing.
Wash your T-shirts every time inside out at 30 degrees Celsius and with a short program (up to 30 minutes).
Never take the T-shirt for dry cleaning.
Never use bleach.
Do not use machine drying during washing.
Do not wring the freshly washed T-shirt when taking it out from the machine.
Ironing is allowed only inside out, without steaming, with an iron up to 110 degrees Celsius.

Sliding Around in January 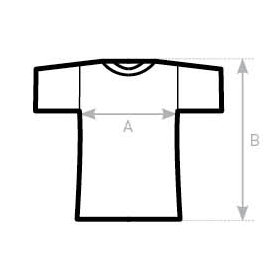 Please measure the size of a a t-shirt you like and use the data to choose the size you want.
T-shirts can shrink by about 10 percent as a result of washing.
On the FREQUENTLY ASKED QUESTIONS page, you can see how the T-shirt looks from different angles.